We have been learning about the continent of Europe, locating Europe on a world map and the oceans and seas that surround it. We then moved on to naming and locating some of countries within Europe using an atlas to help us.

We have all set outself a challange to remeber 7 capital cities found in Europe. We are focusing on the ones below:

We located Europ on a world map, we than found European countries and found out which landmarks were in the capital cities.

We produced facts files about a European county, using the iPads to reaseach facts about the capital cities and their landamarks.

We produded an information report all about Europe, including what we had learnt in Georgraphy and key facts we could recall. 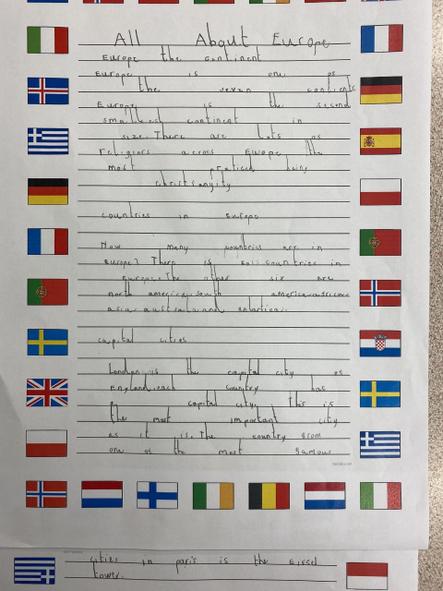 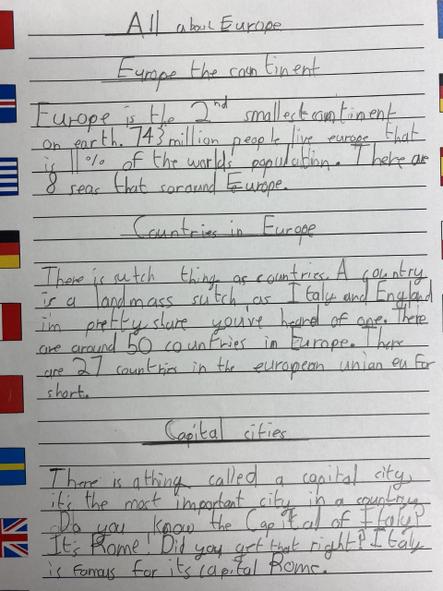 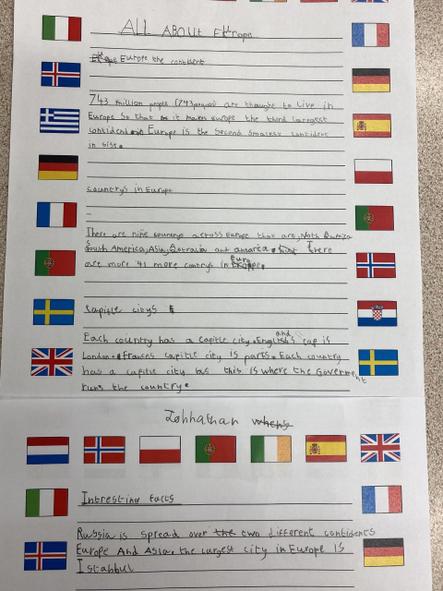 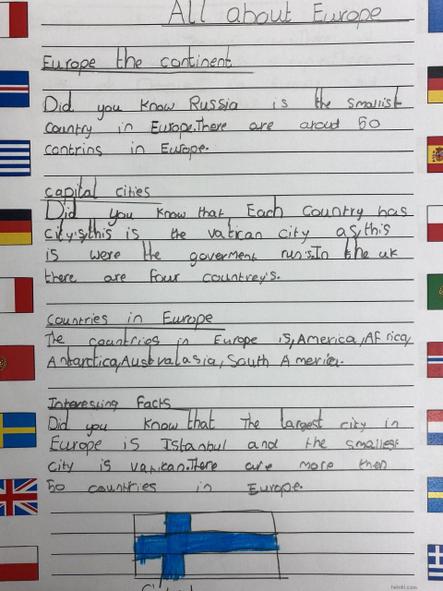