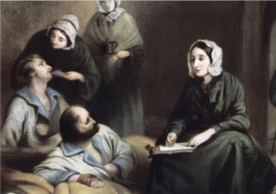 Florence Nightingale is one of Britain's most famous historical figures.  We will find out about her remarkable life as we learn about her youth, her famous voyage to Scutari and the work she did there, as well as the work she did in her later years to improve nursing and hospital care.

Today, we found out who Florence Nightingale was and when she lived.  We discussed the traditional expectations for women at this period and how Florence rejected these in favour of becoming a nurse.  We learnt facts about her life and thought about our own ambitions for when we grow up.  Our task was to hunt around the classroom for the answers to questions about Florence's life. 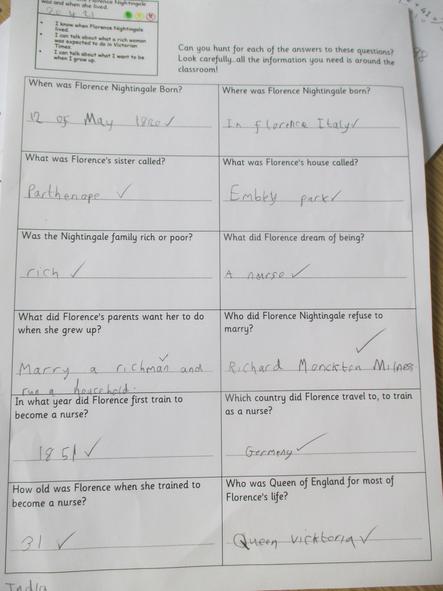 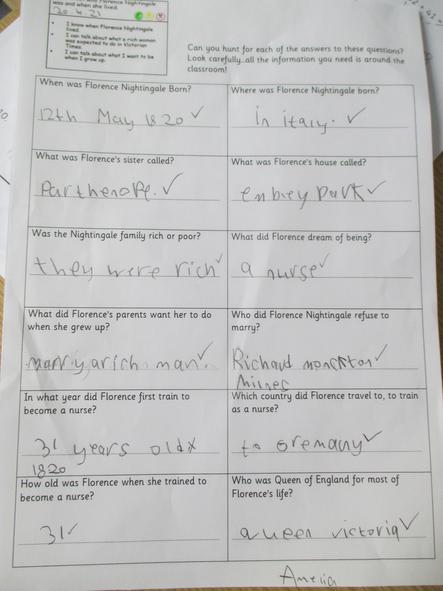 We learnt why Florence went to the hospital in Scutari and what she found when she got there.  We thought about what the journey was like for Florence and the 38 other nurses who went with her, as well as used pictures to explore what the conditions of the Scutari hospital were like. 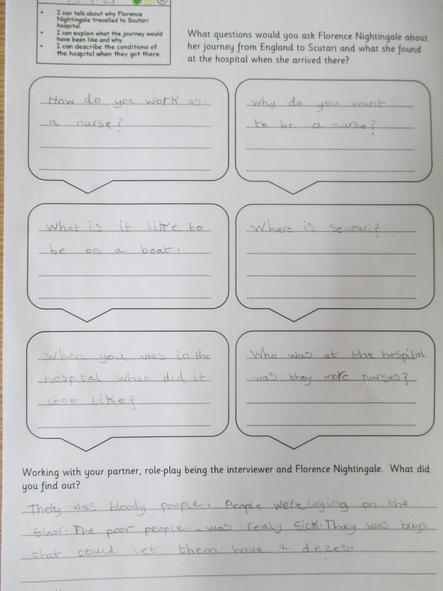 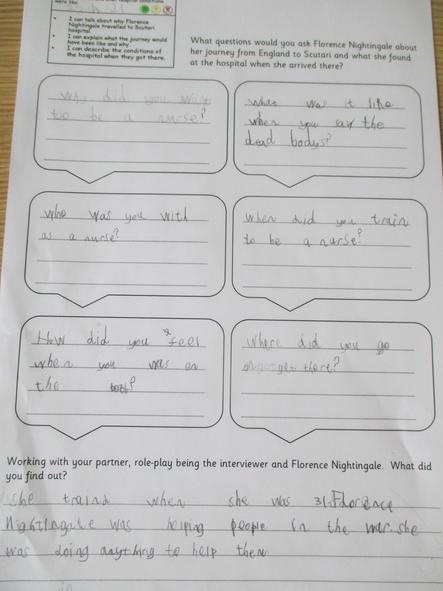 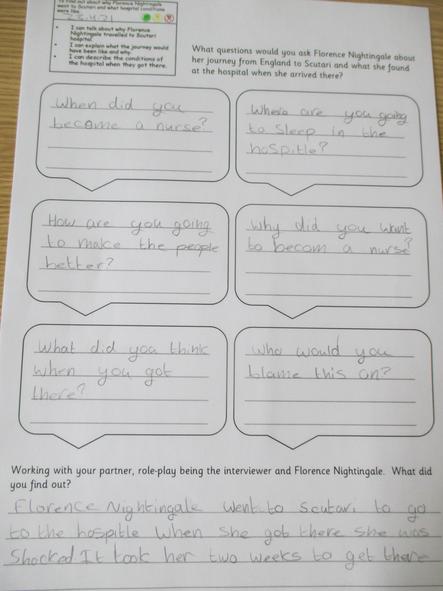 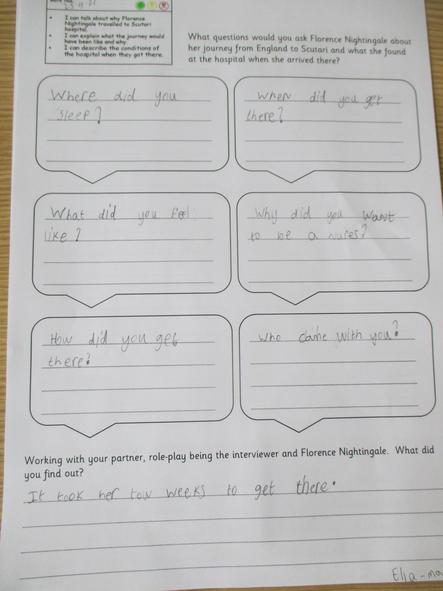 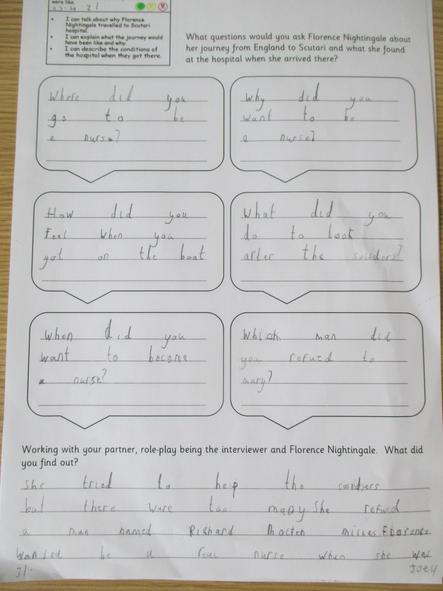 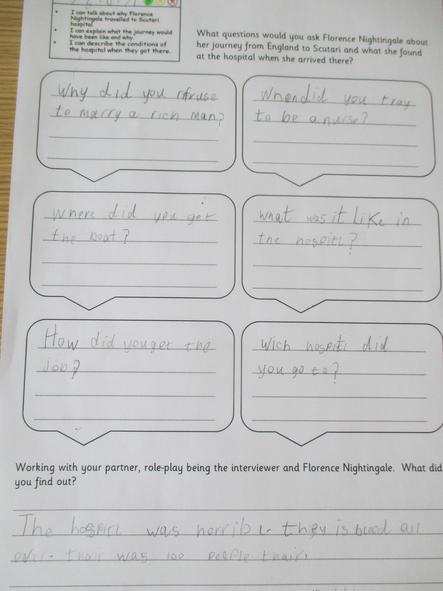 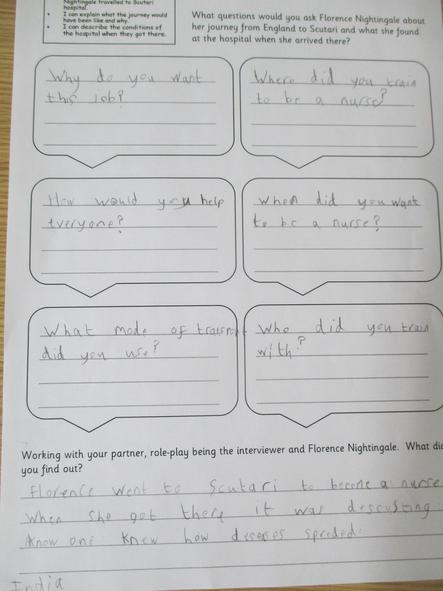 We explored the improvements Florence Nightingale made at the hospital in Scutari and how these changes impacted the wounded soldiers.  We also found out how she came to become known as 'the lady with the lamp'.  We compared what the hospital was like before and after Florence’s intervention. 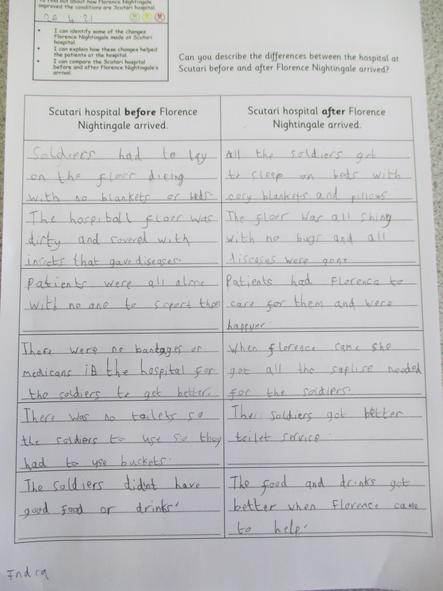 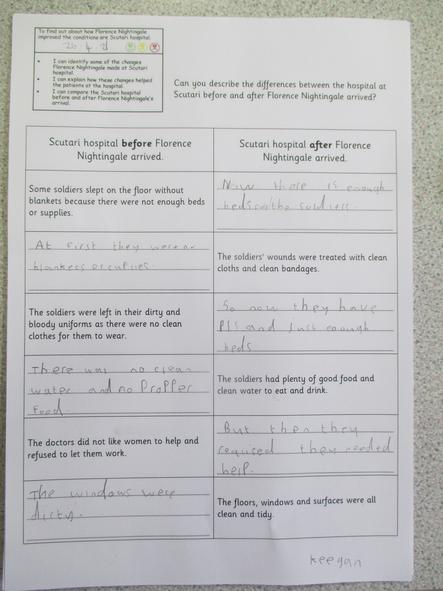 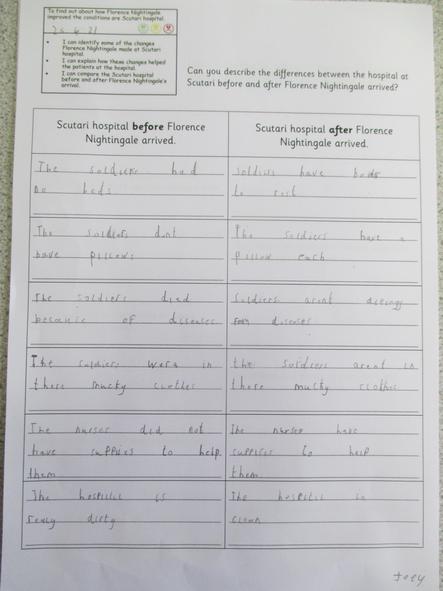 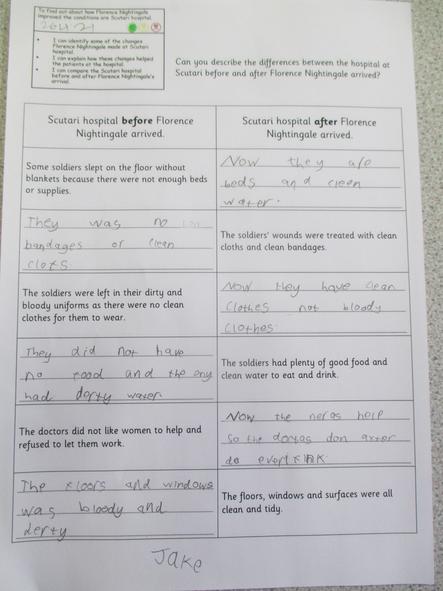 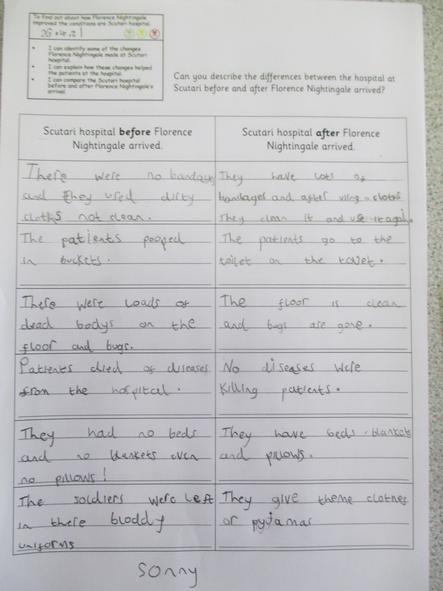 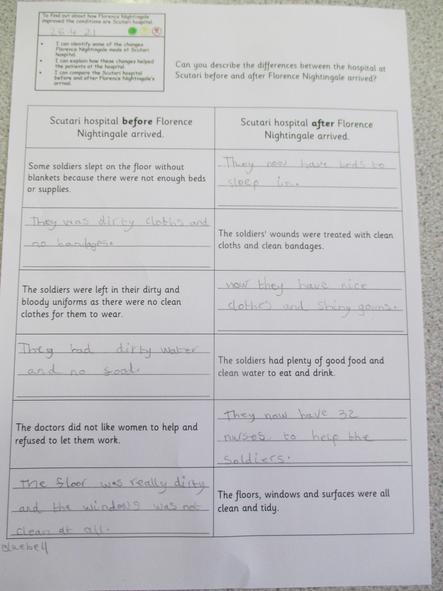 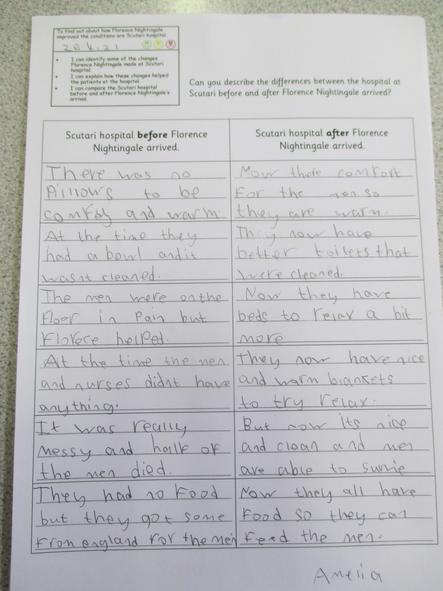 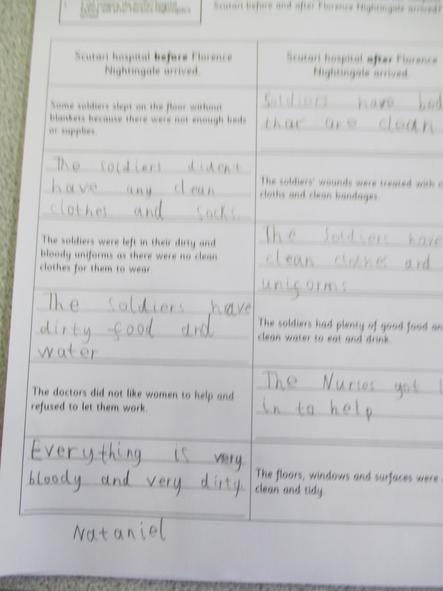 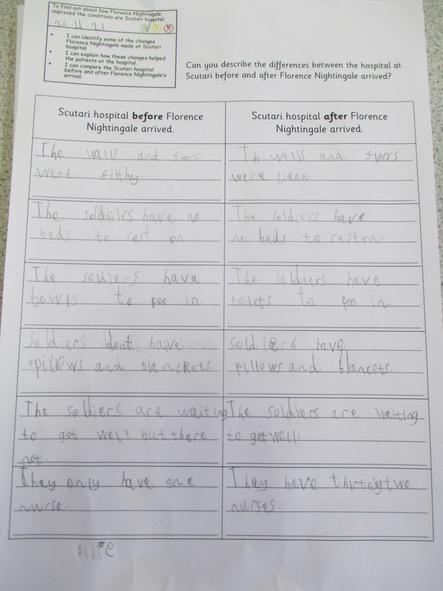 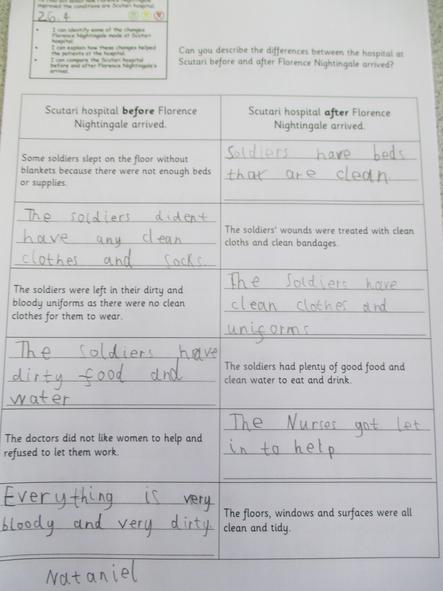 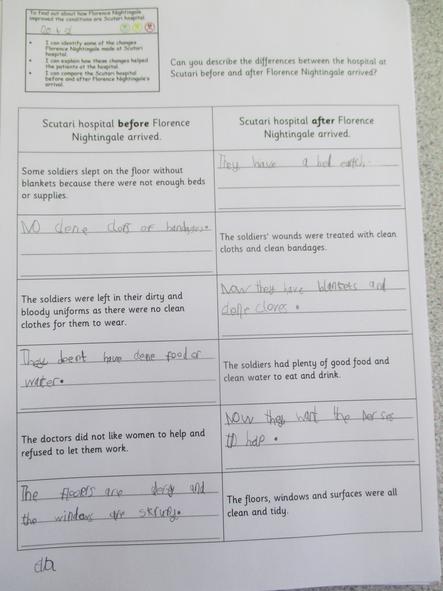 We explored Florence's later years when she became one of Britain's most well-known and well-loved women.  We looked at the work she did when she returned to England to improve nursing and the various ways in which she was recognised for this.  We compared Florence to some of our favourite celebrities. 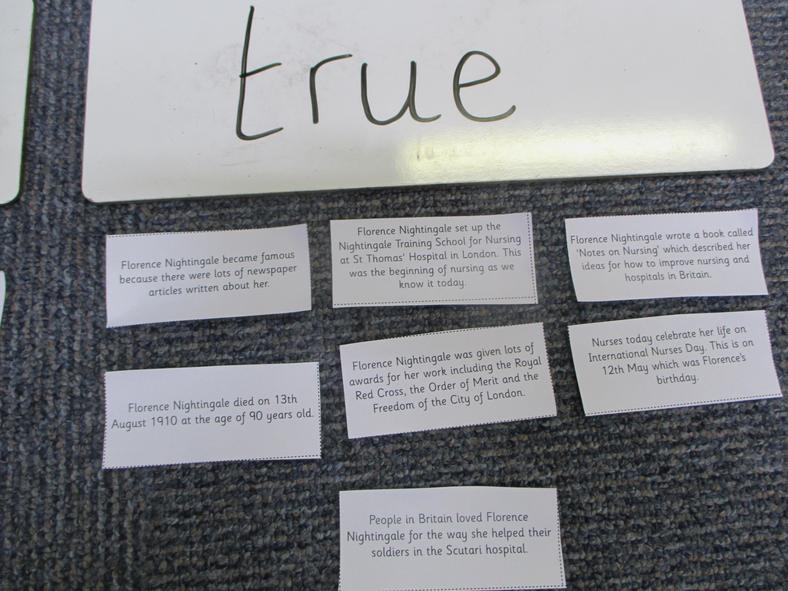 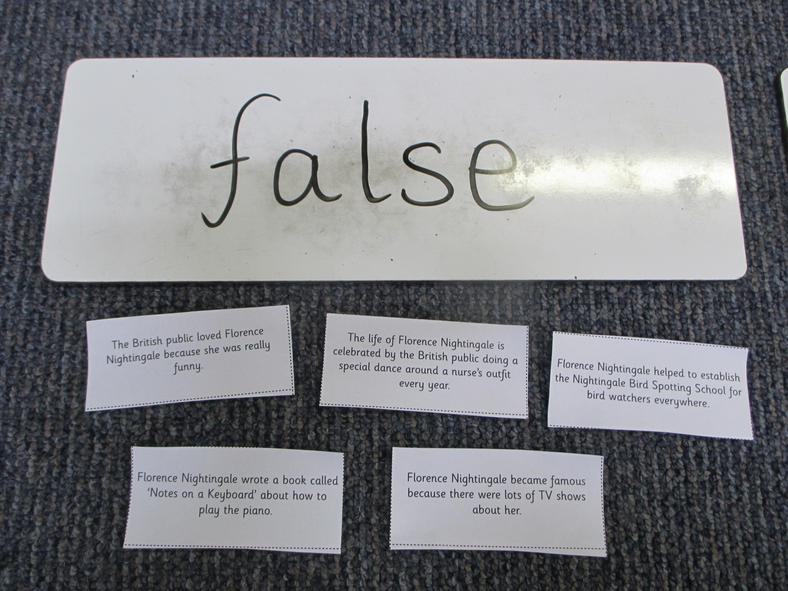 We identified similarities and differences between medical care now and in Victorian times.  We looked at the differences between nurses' outfits then and now as well as hospital wards, using pictures as prompts.  We also thought about how treatments were different and found out some first aid rules.